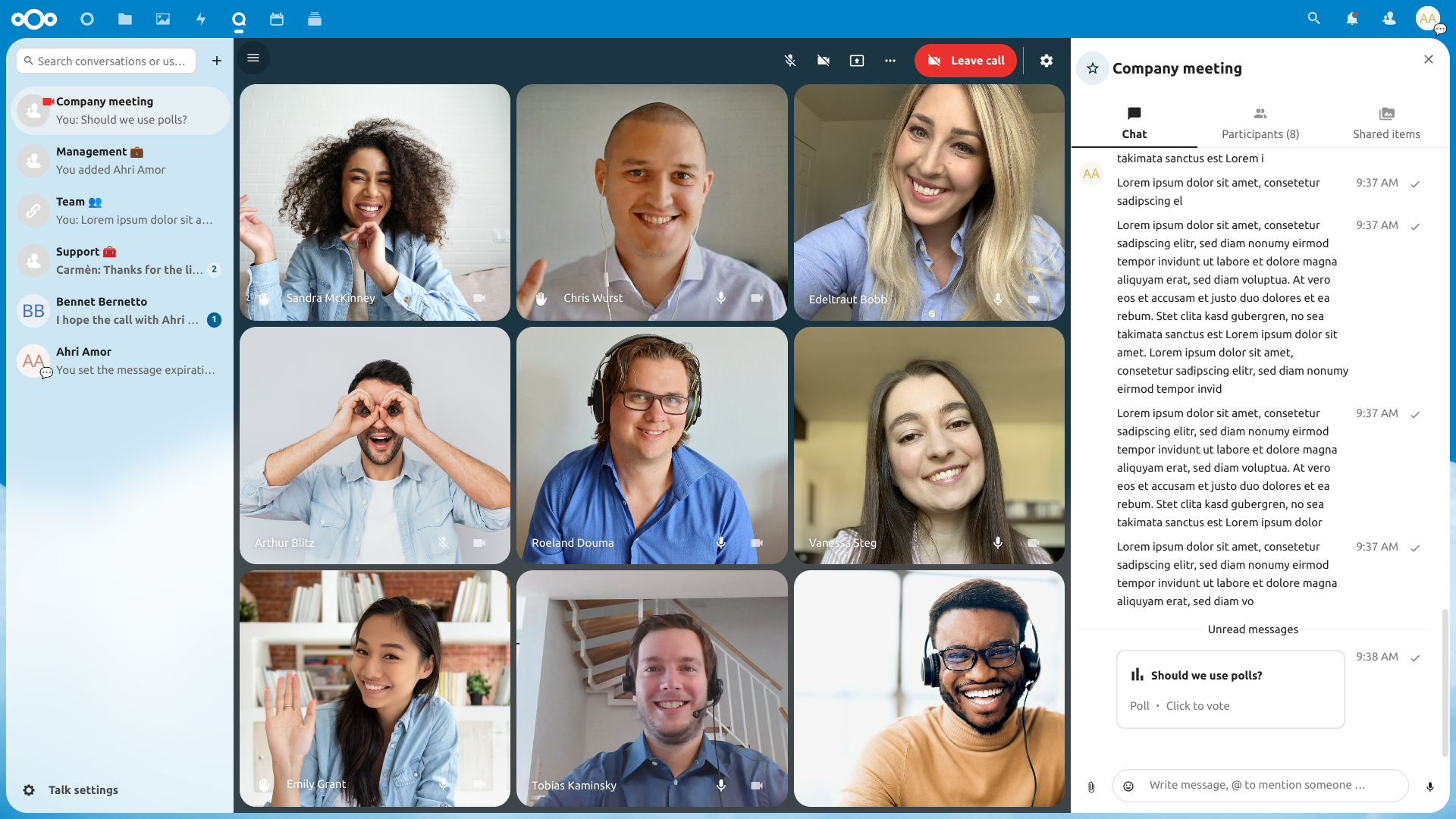 Why is this so awesome?

And in the works for the coming versions:

If you have suggestions or problems, please open an issue or contribute directly :)

Nextcloud Talk is really easy to install. You just need to enable the app from the Nextcloud App Store and everything will work out of the box.

There are some scenarios (users behind strict firewalls / symmetric NATs) where a TURN server is needed. That’s a bit more tricky installation, but the guys from Nextcloud VM have developed a script which takes care of everything for you. You can find the script here. The script is tested on Ubuntu Server 18.04, but should work on 16.04 as well. Please keep in mind that it’s developed for the VM specifically and any issues should be reported in that repo, not here.

Here’s a short video on how it’s done.

If you need to use Talk in a enterprise environment, including the ability to have calls with more than 5-6 users, you can contact our sales team for access to our high performance back-end. This is a set of components that replaces some of the PHP code with a more scalable and performant solution that decreases network traffic and allows dozens or hundreds of users in a call.

We are also available on our public Talk team conversation, if you want to join the discussion.

The API documentation is available at https://nextcloud-talk.readthedocs.io/en/latest/

In the Talk app we have one branch per Nextcloud server version. stable* branches of the app should always work with the same branch of the Nextcloud server. This is only off close to releases of the server, to allow easier finishing of features, so we don’t have to backport them.

You can always pick a task of any of the milestones and we will help you to get it into the assigned milestone or also an earlier one if time permits. It’s just a matter of having an overview and better visibility what we think should be worked on, but it’s not exclusive.

For more information please see the guidelines for contributing to this repository.